The day Massachusetts went into lockdown because of COVID-19, James Hills sat down in his Dorchester home with a cup of coffee by his side.

He asked his viewers how they were handling the developments. He encouraged young people watching the livestream to stay home to help prevent the spread of the virus.

He urged everyone to stay connected virtually with one another, to help prevent feelings of isolation.

At the end of the livestream, Hills was asked — would he hold another talk the next day?

The 49-year-old hadn’t planned it, but the next day he found himself once again set up at the microphone, using an iPad to do a livestream, checking in with the latest COVID-19 updates and developments in the community.

He returned the next day. And the next.

For the next 340-some days, the Dorchester resident returned to host a livestream at least once a day, if not more, for the growing number of people watching. He started a Facebook page, “Java with Jimmy,” and began referencing the livestreams as talks in the “Java Cafe.”

Over the course of almost a year, he shared coronavirus updates daily.

He helped connect viewers with SNAP benefits and provided new information on COVID-19 unemployment benefits. He reached out to Boston Public Schools and the Boston Teachers Union when he heard from families in need of working laptops for remote learning. He collected and then distributed gift cards for those in need.

“The platform wound up giving me an ability to serve on a more organized, better level,” Hills recently told Boston.com. “Giving information, dispersing it to folks that may not engage in traditional media.”

More than 1,000 people are now following the page.

And while the platform was started in response to COVID-19, it has become a community. A place for people to engage in discussions about issues ranging from current events in Boston to mental health.

The platform has also garnered support and attention across Boston — all the way to City Hall. Over the last year, Hills has partnered with the Boston Public Health Commission, Boston Medical Center, and the Louis D. Brown Peace Institute, among other groups. Prominent guests, including Congresswoman Ayanna Pressley and Suffolk District Attorney Rachael Rollins, have made appearances in the Java Cafe.

And in October, “Java with Jimmy” was invited to begin casting on Spark FM, the Boston-based digital radio station founded by Danielle Johnson.

Hills said his goal is to improve the quality of life for individuals in the community “on the macro level,” by providing accurate information and opportunities for engagement with the platform.

“That is the undercurrent, foundation, titanium plate that is everything about me,” he said. “‘Java with Jimmy’ is really to improve the quality of life — and that comes through these conversations.”

Most of Hills’s life has been rooted in advocacy and activism in the community.

Born and raised in Boston, he grew up in the Bromley-Heath Housing Development and was drawn at a young age to speaking up for his peers — even if that meant challenging the wishes of the adults in the room.

“I was subject to a lot of bullying because of my sexuality — I was just not a popular kid,” Hills said.

But the bullying only strengthened his dedication to advocacy for young people.

Over the years, he worked in peer education programs at Bromley-Health, growing up in nonprofit work and the faith-based community while being raised by his grandparents.

After getting his start at Roxbury Youthworks, Hills went on in later years to work as a regional youth development specialist for the U.S. Department of Health and Human Services and a special assistant to Mayor Tom Menino focused on responding to violence in the city.

Hills said he learned how to apply the advocacy experience he’d gained over the years while working in those positions in the political world.

But it was in 2017, when 17-year-old Ameen Lacy was shot and killed outside a Mission Hill community center, that Hills said his activism grew to another level. Lacy was like a nephew to him, and he took to social media, speaking out and using the hashtag #WeNeedtoKnow to call for action from the city to address ongoing trauma and violence.

“It had success,” Hills said. “We influenced major change in the trauma work.”

All of those experiences and the connections Hills made over the years guided him as he poured his time and energy into “Java with Jimmy” in 2020 and 2021.

The 49-year-old became emotional speaking about how “Java with Jimmy” has grown, reflecting on all the time spent watching the news and checking social media to provide constant updates to the community. He made flyers, scheduled guests.

The show took over everything.

And the pressure to continue to provide accurate, timely information to his viewers was scary, he said.

“It was a lot,” Hills said, choking up. “But, I enjoyed it because it wound up being a space for me, too, that was engaging. That you know we weren’t getting because we were at home. So it did become full-time. I did it for a year, constantly, every single day; I committed that I wouldn’t stop doing it until an all clear was declared.”

As the platform ramped up, he was able to upgrade his setup from its humble start of just an iPad and a microphone. Support from the nonprofit King Boston and the Twelfth Baptist Church in Roxbury allowed him to enhance the technology he was using in order to have more interactions with guests and people calling into the program.

He created a home studio in the second bedroom of his Dorchester apartment, complete with a green screen. He added graphics and logos.

“It’s very crowded and it gets hot in there at times because of all the equipment, but I’m making it work,” he said. “It’s been convenient for me during the pandemic, because I really didn’t have to go anywhere. I literally would sometimes wake up at 8:50, get myself together, and be on air right at 9 o’clock. So I’ve been doing it from home all the time.”

He hosts “Java with Jimmy” from his studio on the days when it airs on Spark FM.

But after the anniversary of the lockdown, Hills scaled back the platform “in the name of self-care.” He knew he couldn’t continue going seven days a week.

But already, he misses it.

And he’s hearing that his viewers miss it, too.

“The way that people ‘come into the room’ in the Java Cafe, they miss each other,” he said. “It’s really like family. They’ve adopted my mother; they all say ‘hi’ to each other. People have had surgeries. People have formed relationships. A couple people started their own platforms being in that space and being inspired. It’s very humbling. Very humbling.”

‘You just never know the influence you have on people’

Hills shared his own journey getting the COVID-19 vaccine on the platform.

Currently, “Java with Jimmy” goes live on Tuesdays and Thursdays at 9 a.m. on Facebook and streams through Spark FM on Mondays and Wednesdays between 1-3 p.m.

But Hills is hoping to add more days to the platform in the future.

“Java with Jimmy” may have started because of COVID-19, but Hills said he has learned since its launch that the platform really is a culmination of the work he’d been doing for years. And he believes it has been successful because he has worked hard to keep it rooted in his “authentic self.”

“My approach really is based on what I garner as the pulse of what I see in the Java Cafe, what I hear and observe as a trend on social media around social determinants of health, all of the social ills. … My approach is really based on what the community is saying that they want to hear about,” he said.

During COVID-19, he realized that it didn’t feel right to him knowing that he could have the opportunity to speak to the mayor or the chief of health and human services because of the work he has done through the years, but that the broader community lacked that access.

He worked to use the platform to bring those conversations into the community, allowing people to ask questions of guests in real time and build their own relationships with leaders in Boston.

“The approach is really around accuracy, authenticity, and engaging and relationship building,” he said.

Bringing in Dr. Thea James, vice president of mission and associate chief medical officer at Boston Medical Center, to discuss COVID-19 and vaccines on the program, he wanted viewers to be able to engage and ask questions. But the hope is that the learning continues “outside” the Java Cafe. So that if a member of the community sees James on the street, they’ll be able to say hello and engage in conversation with her as a resource, he said.

“It’s building relationships,” he said of “Java with Jimmy.”

Hills said he doesn’t consider what he is doing journalism, and he has fought against calling himself a journalist.

Instead, he said he considers himself a vlog-cast host or a talk show host.

“I fought with it because of accuracy,” he said. “I think in this present time, especially in this post-Trump era and especially with a lot of the speculation of Black and brown communities, coupled with the just ridiculous conspiracy theories, the scariest thing for me and the biggest challenge for me has been accuracy and concise information to the community. I do not want to give out wrong information.”

“Java with Jimmy,” Hills said, is “hood media.” And he hopes that eventually he might be able to help give young people in the community, who are interested in pursuing a career in journalism, a platform to do their own interviews.

He also wants to eventually start live events over coffee — no longer a virtual Java Cafe — where attendees can hear a panel of guest speakers on a topic (for example, climate change in Roxbury) and have access to resource tables, entertainment, and food tastings.

“We’ll still be in the virtual space, we’ll record it and we’ll cast it, but the next dimension is face-to-face in a manner that raises the impact of what happens in the Java Cafe,” he said. “It increases and expands the ‘Java family.’”

The success of the platform is that it has been able to make an impact and improve the quality of life for other people, he said.

And learning about how the platform has helped people through the pandemic, brings a wave of emotion for Hills.

“You just never know the influence you have on people,” he said. 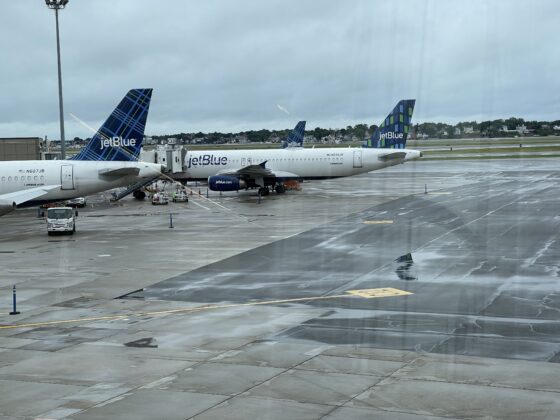 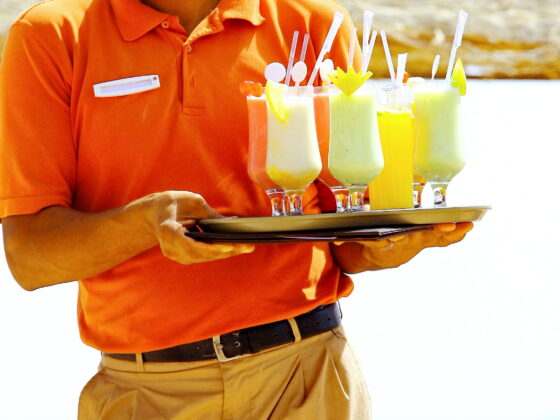 The Colorism Wasn’t So Sweet 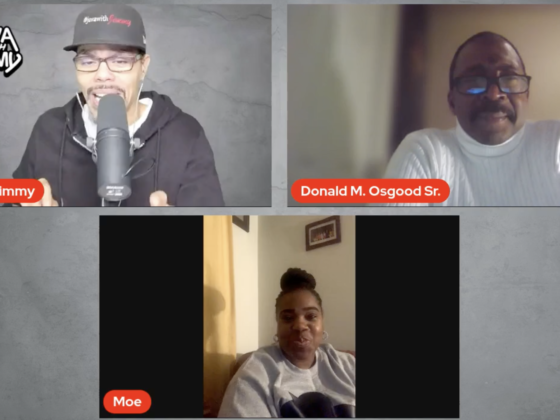 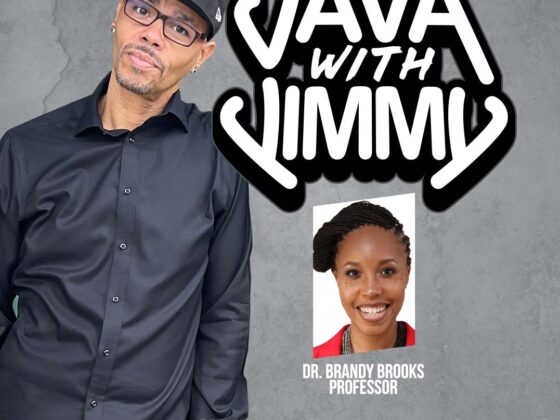